Media Best Practices - Above & Beyond

We get asked on a regular basis by LGBTQ+ media companies large and small whether they are doing everything they can to maximize both their marketing and advertising efforts, in light of the ever-changing media world we're in with blogs, social media, programmatic ad buying, mobile smartphones and more. In this 3-part series, we're going to do our best to bring together some of the various recommendations we've made over the past few months, breaking it down into the following topics:

We discussed in the Marketing section of this report the importance of Share of Voice, and is your LGBTQ+ media company a "part of the conversation" going on out there in social media. There are so many different ways of accomplishing this. Our focus here will be on key events going on in your region. Quite often you'll already be a part of these events, with a booth, a float or some other physical presence, along with a photographer and perhaps the promotion of a hashtag that is unique to your company, for all of that user-generated content.

But what about if you're not at the event, or if perhaps there are multiple smaller events going on that you can't be a part of? The post on the right shows a very clever way of being a part of that event's conversation. They went the extra mile in taking a photo that spoke to the crowd attending Gay Days in Orlando, using just the right amount of hashtags and the @ symbol to ensure this post and this photo was discovered by anyone perusing Gay Days Orlando on social media.

Also, don't forget to follow an event such as this via its top hashtags, such as #GayDays. ReTweeting some of the top posts, including using "quote ReTweet" when you can to add more punch and your own 2-cents to the conversation, will ensure your voice and your company brand are heard and seen. Liking a few other posts balances these efforts out well, maximizing your LGBTQ+ media brand's presence at this event. Lastly, following some of the key people tweeting from the conference using the event hashtag will encourage them to look at your profile, with some following you back as well.

As a bonus, you can republish the conference content using quote cards saved as an image. They become immensely more shareable during the conference. 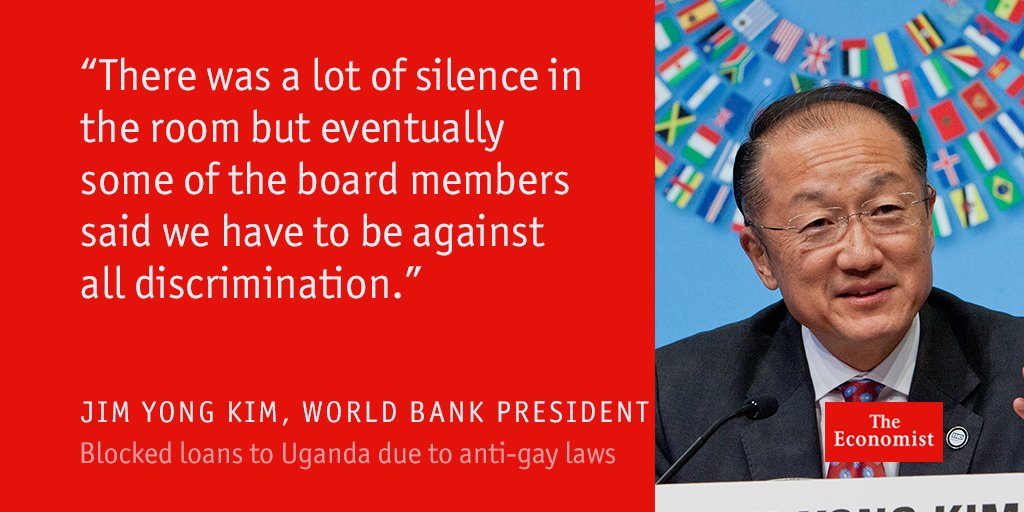 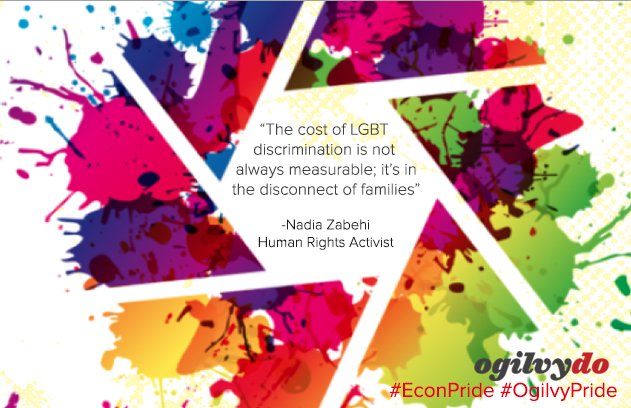 You can do the same with Instagram as well, commenting and liking select photos and even "re-Instagramming" top photos, crediting the source with an @link and using key hashtags along the way. A note about Instagram... they've changed their discoverability algorithms for photos, highlighting top, trending hashtags and themes, including Gay Pride. They also feature the top photos in these categories, ensuring that if you post a popular photo and share it properly with hashtags, it could go mildly viral and have a life of its own during this event.

Wrapping up this topic, you can also utilize photos for your own event or conference, incorporating your message, hashtag and @symbol on an image that can be posted on Facebook, Twitter, Instagram and more. When posting, be sure to include descriptive text, hashtags and a "call to action" URL link as well, to maximize this image's outreach potential. It is posts like these that are more engaging for the user, allowing them to interact with you and your event as they share, comment, like and retweet your image and post to their friends and colleagues. 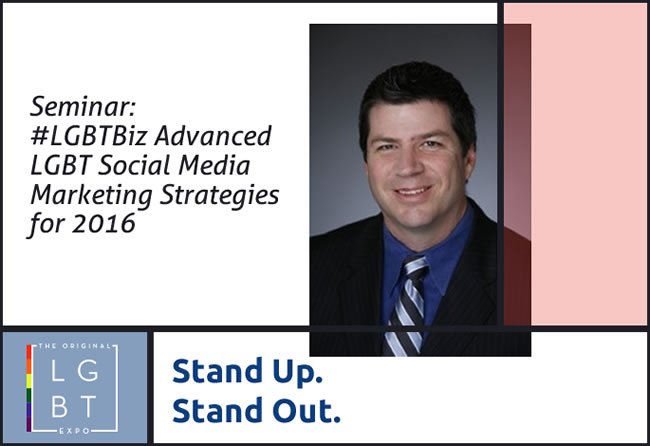 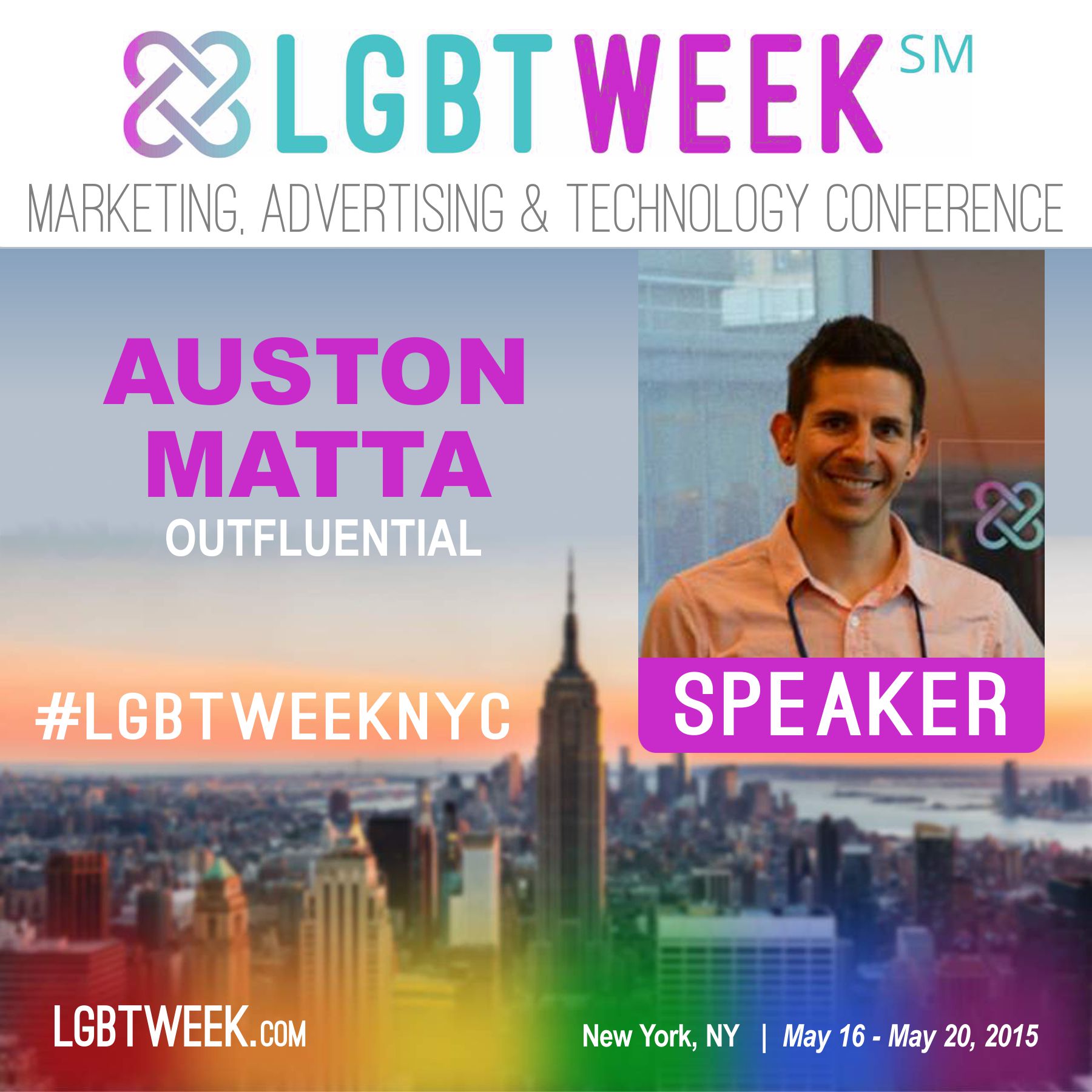 Segueing from the event promotions described above, you may want to also explore different ways of getting your top fans/followers, website members and visitors to promote you as well. There are a wide variety of different methods of holding contests whereby users upload photos, use a specified hashtag, and enter to win free event tickets or some other prize.

This promotion done by GayCities.com is an example of how this can be done well, utilizing user-generated photos and focusing the content using the hashtag #EqualityInColor.

Do you have a procedure in place to accept not just "letters to the editor" but also "citizen journalists" as well? Also known as "influencers" or "thought leaders", having these folks on your side and working "with" you (as opposed to working "for" you) can help get your media brand out there to individuals you're not reaching on your own. There are many simple ways to help make this happen, as it's all about teamwork and personal relationships developed both online and offline, in the "real world." Monitoring key hashtags unique to your region and business themes/categories you often write about will allow you to see these potential partners in action. ReTweeting some of their top postings, as well as commenting, liking and sharing their posts and content via other social media platforms, and doing so on a consistent and regular basis, becomes a great way to start such a relationship, as they'll often begin by reciprocating and sharing your content as well.

The folks at TwoBadTourists.com did this recently, organizing an LGBTQ+ media fam trip to Spain's Costa Blanca Benidorm Pride 2015 celebration, sponsored by the Benidorm Convention & Visitors Bureau and organized by various partners of theirs along the way. The selected media attendees on this fam trip were all bloggers the folks at TwoBadTourists.com have gotten to know over the past few years, inviting them on this trip which included touring a local winery, the Benidorm area LGBTQ+ nightlife, and of course, Benidorm Pride. The entire extended weekend trip was chronicled using the hashtag #MyGayPride.

Speaking of TwoBadTourists.com, these are folks who really understand the power of more traditional online marketing, coupled with some of the latest techniques in utilizing hashtags, along with blogs, photos and video. One recent campaign they did was a simple contest, allowing their viewers and members the chance to win a trip to Barcelona.

Held in conjunction with GayTravel.com, this promotion simply requested that contestants enter their e-mail address. In the automated contest e-mail reply, they were provided pre-written social media posts. When used, they would increase their chances of winning. It was brilliant... contestants were promoting this contest online daily, using just the right mix of hashtags, profile link, contest URL and photo.

Consider creating a presence on Flipboard.com for your media company, using either your RSS feed or perhaps your Tumblr feed. It's widely used by millions of mobile and tablet users worldwide.

Are you an LGBTQ+ website looking to become part of the programmatic ad exchange? If so, we can help... contact us here for more information.