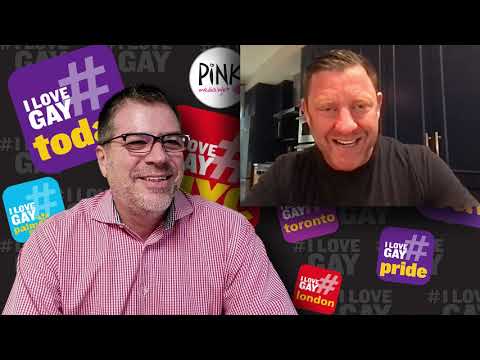 Brent Miller: Procter & Gamble
June 10, 2021
#ILoveGay Today meets up with Brent Miller, Senior Director, Global LGBTQ+ Equality at Procter & Gamble. We chat about P&G's history as part of the LGBTQ+ community, including focusing on righting some wrongs of the past. They've maintained a perfect score of 100 on the HRC Corporate Equality Index for several years now, and have recently launched a joint project with GLAAD, #TheVisibilityProject....
| Ohio VIDEOS | @ILoveGayOhio 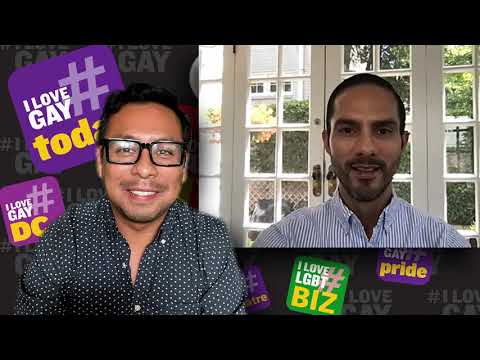 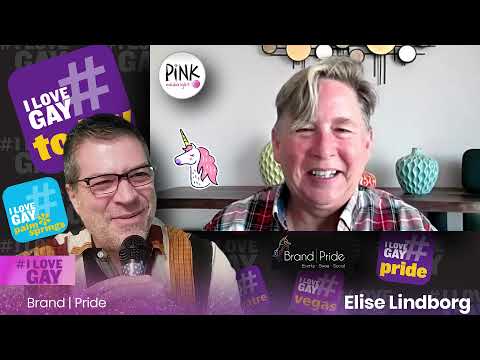 Elise Lindborg: Brand|Pride
June 02, 2021
#ILoveGay Today meets up with Elise Lindborg of Brand|Pride, one of the leaders in the LGBTQ+ business world, originally based in Seattle and now settling in nicely in Las Vegas. Brand|Pride, the company she manages with her wife, Kelli Henderson, focuses on all things Pride festival and event related. As life reopens this summer, she is set for both real world and virtual Pride festivities this y...
| Las Vegas, NV VIDEOS | @ILoveGayVegas 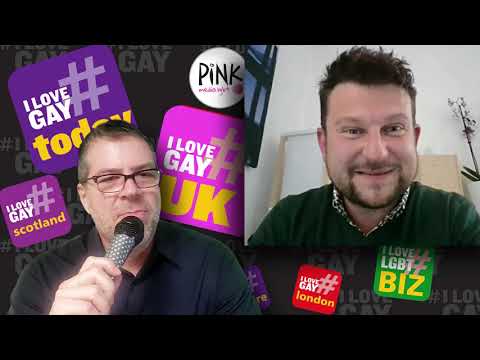 Matt Dabrowski: OutScotland & OutBritain
May 24, 2021
#ILoveGay Today meets up with Matt Dabrowski of OutScotland & OutBritain. Originally from the US, he led the Connecticut LGBT Chamber of Commerce in Hartford and subsequently moved to Scotland, where he's taken the lead in bringing the NGLCC business model of supplier diversity and LGBTQ+ business certification to the UK. His start in Scotland allowed him a foothold from which he's now launching O...
| Edinburgh, Scotland VIDEOS | @ILoveGayScots 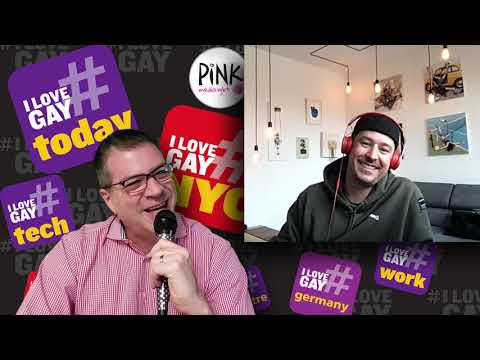 Uhlala Group: Stuart Cameron - Founder & CEO
May 03, 2021
#ILoveGay Today meets up with Stuart Cameron, Founder & CEO of Uhlala Group based in Berlin. Uhlala's focus is in empowering LGBTQ+ people in the working world. Together with their organizations Rahm.CEO [focused on LGBTQ+ leadership), Unicorns in Tech [with a focus on tech) & Sticks & Stones [LGBTQ+ career fairs), Uhlala has emerged as one of the strongest organizations in Germany that brings tog...
| Berlin, Germany VIDEOS | @ILoveGayGermany 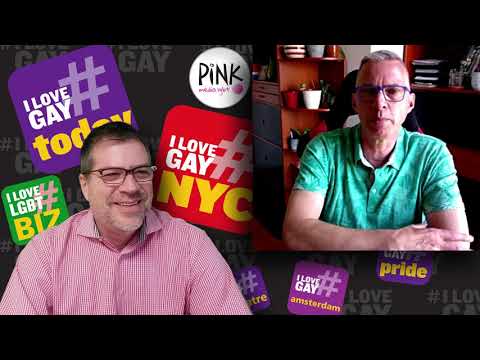 Alfred Verhoeven: Marketing The Rainbow
April 23, 2021
#ILoveGay Today meets up with Alfred Verhoeven of Marketing The Rainbow, where he asks the question "Does The Gay Consumer really exist?" We chat about his inspiration with some of the work Mike Wilke of AdRespect.org [originally Commercial Closet) had given him, as well as where he's at now with his thesis he's working on to obtain his PhD on the subject of LGBTQ+ marketing. We also talk a bit a...
| Amsterdam, Netherlands VIDEOS | @ILoveGayAMS 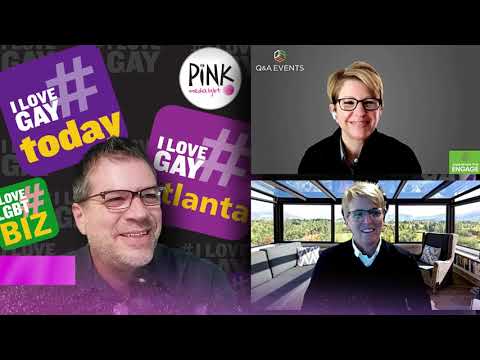 Q&A Events: Suzanne Baugh & Colleen Wogan
April 01, 2021
Join us as #ILoveGay Today meets up with Suzanne Baugh & Colleen Wogan of Q&A Events, one of the leading event management companies based in Atlanta, GA. Suzanne and Colleen have been anchors in the LGBTQ+ community in Atlanta, where they've been actively involved with the local LGBTQ+ chamber of commerce [now Out Georgia), as well as producing Atlanta Pride several years in a row. They also prod...
| Atlanta, GA VIDEOS | @ILoveGayAtlanta 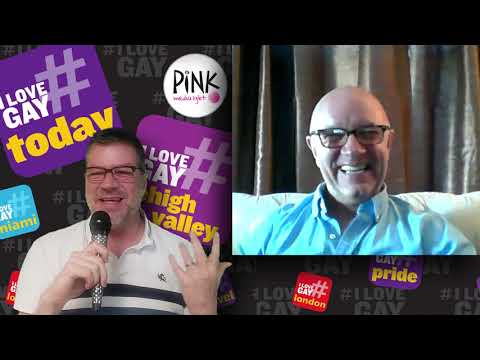 Stephen Libby: Gay Journal
March 27, 2021
#ILoveGay Today meets up with Stephen Libby, publisher of the Gay Journal, an LGBTQ+ media company serving the Lehigh Valley area of Pennsylvania [Allentown, Bethlehem & Easton). He talks a bit about his history in the area, and how he started the Gay Journal, now in it's 24th edition. We chat about the strength of the LGBTQ+ community in Lehigh Valley, as well as some of the more notable LGBTQ+ l...
| Allentown, PA VIDEOS | @ILoveGayLV 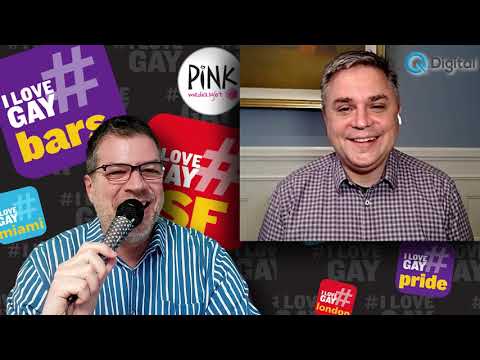 Scott Gatz: Q.Digital - #SaveOurSpaces
March 24, 2021
As part of our series on bars & clubs adapting to the pandemic and shutdowns over the past year, #ILoveGay Today meets up with Scott Gatz, founder & CEO of Q.Digital. We chat at length about their campaign #SaveOurSpaces, an initiative in partnership with GoFundMe and Grindr to help bring much needed funds to some of the LGBTQ+ bars across the US and around the world in need of help. Their goal - ...
| San Francisco, CA VIDEOS | @ILoveGaySF 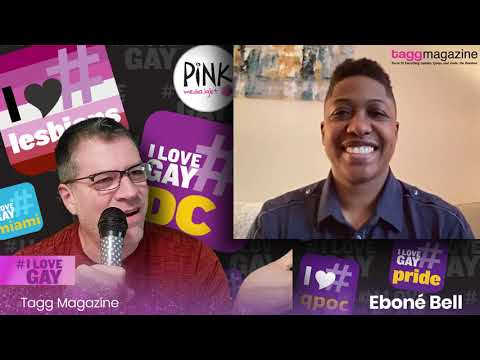 Ebone Bell: Tagg Magazine
March 18, 2021
#ILoveGay Today connects with Ebone Bell of Tagg Magazine. She has taken what started as a publication and grown Tagg Magazine into a powerful media company, reaching the LGBTQ+ community both in the DC area and nationwide. We chat about how she saw a need for female voices to be represented out there, as well as women of color. She has grown into a true multimedia company, with a podcast, video s...
| Washington DC VIDEOS | @ILoveGayDC 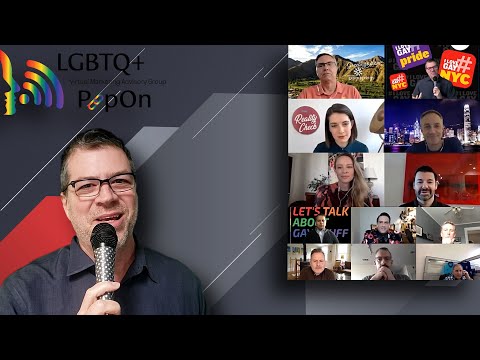 LGBTQ+ PopOn: Podcasting - Expert Panel Series
January 28, 2021
LGBTQ+ PopOn debuts with a podcasting panel, where they discuss the business model and how they earn revenue through sponsorships and other means. Moderated questions include: - How did you get started with this? - What sets your podcast apart from some of the others out there? What makes your podcast unique? - Who has successfully grown their podcast into a real, revenue-generating bu...
| Media VIDEOS |
| Business VIDEOS | @ILoveLGBTBiz | 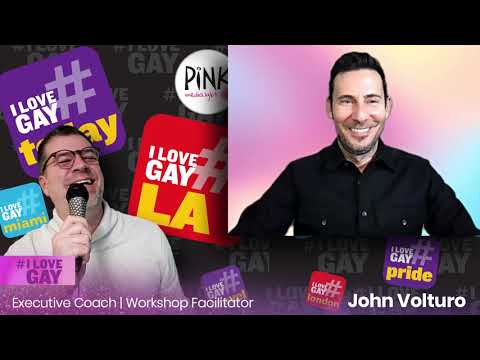 John Volturo: Executive Coach & Workshop Facilitator
January 13, 2021
#ILoveGay Today connects with John Volturo, an executive coach & workshop facilitator. We chat about how he got started in this industry, where he worked closely with a coach that helped him in the corporate world as well. He now helps a wide variety of clients, including LGBTQ+ individuals looking for guidance in navigating the corporate world while being their true, authentic selves in the workp...
| Los Angeles, CA VIDEOS | @ILoveGayLA 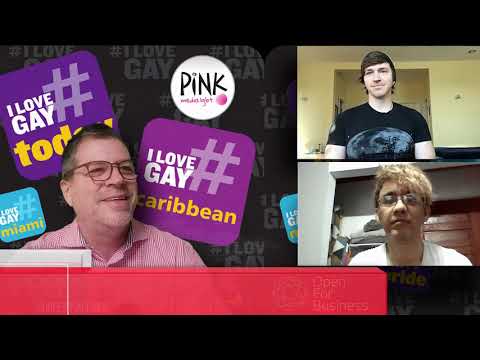 Open For Business / Caribbean Survey: Phil Crehan & Calebo Orozco
December 12, 2020
#ILoveGay Today connects with the organization Open For Business, an organization focused on business action for LGBTQ+ inclusive societies. They are spearheading a new survey of LGBTQ+ Caribbean residents, and we're here chatting with Phil Crehan & Caleb Orozco, who heads the United Belize Advocacy Movement [UNIBAM) in Belize, on the importance of this and other work they are doing to help move t...
| Caribbean Islands VIDEOS | @ILoveGayCaribe 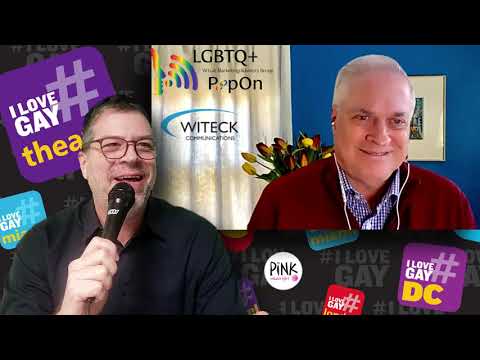 Bob Witeck
December 02, 2020
#ILoveGay Today meets up with Bob Witeck, a true pioneer in the world of LGBTQ+ PR and communications. We chat about his history, and how he got started in DC. His story leads us along some of the key milestones in corporate involvement in the LGBTQ+ community, starting with American Airlines in the mid-90s. He's since worked with Marriott, and is an active leader with the NLGJA [National Lesbian ...
| Washington DC VIDEOS | @ILoveGayDC 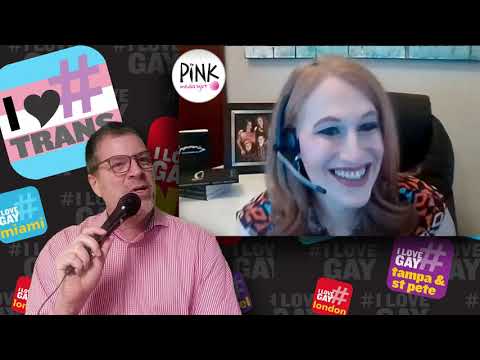